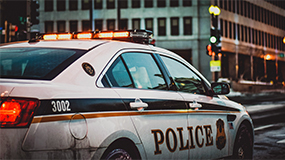 If you’ve been accused of a crime, or think you may be, don’t wait to hire an experienced criminal defense lawyer. When your freedom is on the line, you need a zealous advocate to represent your interests throughout the entirety of your criminal law proceedings. Ignorance of the law is no defense, and a criminal defense lawyer who understands the intricacies of the criminal justice system represents your best chance to present a compelling case.

About the Criminal Justice System

People are charged with crimes under state or federal law. Though, most state law charges include federal issues, since many of the rights of criminal defendants are defined by the United States Constitution. That means that your lawyer must have a deep understanding of both state law and your Constitutional rights, in order to provide you with a complete defense.

A criminal trial is not like a standard lawsuit, where one person sues another person. In a criminal trial, the state or federal government presents its case against you. State and federal actors have money and other resources at their disposal, and are able to mount a compelling case against the defendant. As the defendant in a criminal trial, you owe it to yourself to hire a law firm that can combat the resources the state has at its disposal, in order to help you to prepare a robust defense of the charges against you.

How we will help

A criminal defense lawyer from our law firm can assist you in every aspect of your case, from the time before you’re arrested to after trial.

If your case goes to trial, we will represent you against the state or federal government. The lawyer on the other side is called the ‘prosecuting attorney’. There may be a team of lawyers working for the government, and collectively, they are called ‘the prosecution’. The prosecution will present evidence that you committed a crime; your attorney will counter that assertion. Our experienced lawyers will fully prepare you for trial. We will speak with you frankly about the strengths and weaknesses of your case, and will, with your input, devise a strategy to combat the prosecution’s position. There are many ‘defenses’ that those charged with crimes can avail themselves of, and we will work hard to apply and argue the best defenses for your particular situation.

Before the trial formally begins, you and your attorney will discuss whether a jury trial or a judge-only trial (called a ‘bench trial’) is more favorable for your particular case. You and your attorney will have input in selecting specific jury members from a larger pool of potential jurors. Keep in mind that the attorney for the prosecution is likely to disagree with your attorney’s arguments about jury selection, and potentially with regard to the question of a trial by judge or a trial by jury. You will have input into all decisions made in this regard.

Criminal trials can last for a single day or for months or years, depending on the issues involved. There is no way to guarantee the length of a trial. At trial, the prosecution will present its case against you; and, we will present your defense. You may be asked to tell your story, or to ‘testify’ about what happened. Your lawyer will ask you questions, to help you along; but, the prosecuting attorney will be allowed to ask you additional questions. That process is called ‘cross examination’. Your lawyer will have helped you to understand what to expect from the prosecutor’s ‘cross examination’, and will make objections to questions that your lawyer deems inappropriate. In a criminal trial, as opposed to a civil trial, you may refuse to testify based on your 5th Amendment right to decline to provide self-incriminating information. Your attorney will advise you as to whether that would be an effective strategy in your case.

At any point during the pendency of a trial, the prosecution may offer a plea bargain. In light of where your case, and where the evidence stands, our experienced criminal defense lawyers will advise you as to whether taking a presented plea deal is in your best interests, or not. The final decision will be yours, however.

After all of the evidence has been presented, both the prosecuting attorney and the defense attorney will make ‘closing arguments’. A ‘closing argument’ is a summary of the attorney’s case strategy. It is the final opportunity for both the prosecution and the defense to convince the jury or the judge to decide in its favor. Our attorneys will do everything in their power to craft a convincing argument to present to the judge or jury that you are not guilty of the crime you have been charged with.

In a criminal trial, the burden of the prosecution is difficult to overcome. Because the freedom of a defendant is at stake, the court system requires the prosecuting attorney to prove ‘beyond a reasonable doubt’ that a person convicted of a crime is guilty. The job of a criminal defense attorney is to create in the minds of a jury, or in the mind of a judge, ‘reasonable doubt’ about your guilt. The closing argument is the criminal defense attorney’s opportunity to list all of the reasons that you are not guilty, and to do that, your lawyer will reiterate all of the reasonable doubts raised during the trial. Although the ‘reasonable doubt’ standard is a difficult one to meet, the prosecuting attorney may be successful in having you convicted of a crime. You may be convicted of all of the charges against you, or just some or one of them, depending on the judge’s or the jury’s decision.

If you are convicted of a crime, the trial is not over. After conviction, there is a separate consideration for your ‘sentence’, which is the penalty you will receive. The penalty may be a fine and/or imprisonment. During the sentencing process, there may be opportunities to reduce or eliminate the time you will spend in jail and/or the fine you will pay. Your lawyer will present arguments in your favor during the sentencing proceeding, and you will have input into which arguments will be made and how. In the end, though, the judge’s or the jury’s decision is final.

Even after a verdict, or final decision, is reached by a judge or jury in your case, and you have been sentenced, you may have continuing opportunities to challenge the court’s decision, even if you are incarcerated. After the trial, your attorney can make arguments that the judge made mistakes during the pendency of the trial. These arguments would be made to a court that oversees the trial court. The process of challenging the court’s decision is known as an ‘appeal’. Your attorney will write your appeal documents, and you can provide input, even if you are in jail at the time. Your attorney will present your appeal, and there may be additional hearings at which you might make appearances. There are different levels of courts, so that, even if your first appeal fails, there may be opportunities to appeal to higher courts. In a small number of cases, appeals will reach the Supreme Court of the United States. If you win an appeal at any stage, the initial trial result will be overturned or reversed. In some cases, you may be released from jail immediately; in other cases, a new trial may be necessary.

There is no guarantee that your appeal(s) will be successful; but, your lawyer will zealously advocate for your interest during the entirety of the appeals process, and will seek your ongoing input during that time.

Don’t Delay, Get a Lawyer to Help You

If criminal charges have been, or are about to be, filed against you, you are in for the fight of your life.

Don’t go it alone. Hire one of our experienced criminal defense attorneys to help you.

Call us today, to get started.

All the experience and knowledge found in large law firms now personalized and tailored to your needs. Kurt Arras comes highly recommended.